Erin Kane Spock lives in Southern California with her husband, two daughters, and old-lady dog. She is a teacher and an active Irish dance mom. Find Erin Kane Spock at her block at CourtlyRomance.blogspot.com, on Facebook at Facebook.com/SpockRomance, and on Twitter at @kanespock.

Romance is ultimately about two people finding love against all odds and living happily ever after. That has been consistently true throughout the evolution of the genre.

What has changed is the idea of what is sexy. I'm going to go out on a limb here and make a blanket statement that assault is not sexy.

The alpha male was the ideal romantic character. Add the Byronic, emotionally-damaged element and he was the man a reader could fantasize about healing. He was physically powerful, sexually more-than-proficient, and unreachable... until that one special woman healed him with love. One problem with this is the fantasy that a good woman could change a man. Another problem is that he usually was so sexually overwhelming that the woman couldn't help herself.

One theory for this standard in romance (60-70s) was the idea that a woman was not empowered to say yes. If she wanted a sexual experience, that made her dirty. The pseudo-rape by the alpha male took her accountability away. She said no, but her body said yes. Wait, did I say pseudo-rape? How understated of me.

Another theory for the alpha-male fantasy was, as women became expected to be the super-executive+super mom in the 80s-90s, they fantasized about not having to be in control of everything. The idea of being taken, of ceding control, was a fantasy for a different reason than worrying about being considered immoral; it was backlash about being asked to be too much all at once. These books are borderline rape-fantasy books. The first explicit romance novel I read, when I think back on it, removed all sexual agency from the heroine. It's sad that this is what started my own evolution and is still there, hovering in my subconscious, tainting my understanding of self with guilt and shame. Good times.

Romance norms have changed drastically in the last ten years. The alpha is still there, but he's more emotionally available and has respect for women. He listens when she says no, or wait. He doesn't bully his way through. It is a relationship of equals and of equal choice. It's awesome.

I recently have been going through a well-known author's backlog of books (I do that, find an author I like and read everything by them). I'm back about ten years and came across a seduction scene that made me cringe. It was the alpha male asserting himself and seducing the unwilling heroine with a searing kiss. Unwilling. The minute she said stop, don't touch me, that should have ENDED THE SCENE. The fact that he continued made me instantly hate him. She. Said. No. No means no, m*th*rf*ck*r. The book did not get worse along those lines, but he was already ruined. He was probably intended to be an alpha-male, but I saw a bully and could not get past that. He punished her with pleasure. Yuck.

The 2nd book in that series involved the man's twin brother.  He was confident and funny. He was in no way a pushover, but when said enough, he stopped with no questions asked. That was respect. Super sexy respect. He may be my new book boyfriend.

I felt like these books represented the shift in expectations within the community of romance readers. Book 2 was published in 2010.

After looking into this I checked on another author  I like (I had done much the same thing as I went through all of her romantic suspense and then backtracked into her historical series). All her current books have respectful relationships with give and take instead of just taking. However, her historical novels meet the standard of the alpha male. When did this change? 2009.

I did not start this blog post as a treatise on the evolution of romance. I wanted to point out the changing values when it comes to a woman's sexuality. Romance mirrors the reader's romantic fantasies and is a reasonable way to look at how generations of readers view their own role in sexual interactions. The changing dynamic of seduction in romantic fiction tells me that readers respond to consensual interactions. The beta-man used to be the alpha's side-kick, but now he's the more desirable partner. He listens.

All of the romantic heroes I write would have, 20 years ago, been considered the beta side-kick to a more dominant alpha. I write about a couple finding each other. She is not his property. He does not belong to her... they belong together. You cannot get that partnership without equality and there can be no equality without consent in the relationship. That said, I just wrote a scene where he tells her to wait, that he's not ready... and I vacillated on whether or not she would listen or power through, seducing him. OF COURSE she waited. She listened. They couldn't be equals if she didn't. No double standards.

Have you noticed a change in the way relationships are written in romantic fiction? What do you think spurred this change? I am interested in your answers. 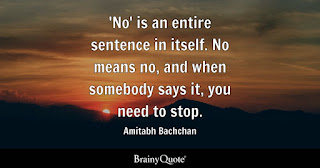 Note: I do not "cancel" authors who do not meet my ethical standards. If I don't want to read them, I don't. Easy. Standards have changed over the years. The first book I mentioned  that had the alpha-male, I know that to be a product of the system and the era. Had I read it when it was first published, I may not have even noticed the problem. I did not mention author names because I do not want to contribute to any do-not-read lists. They are good authors who continue to produce good books. When I read scenes in older books, I may think to myself that it wouldn't be published today... but neither would many books and movies we think of as classics.

Interested in learning more about your favorite character? Want to experience more courtly adventures in extended side tales?

Let Erin know your interests and maybe she can uncover hidden chapters!

Engaging characters, real struggles, and a bit of intrigue makes for a satisfying romance.

Mary O says: Eloise James recommended it on Facebook. I'm glad I bought it. It was a good read. The historical aspect and love scenes were captivating. I recommend it.
See MORE